The Girl from God’s Country: Nell Shipman and the Silent Cinema 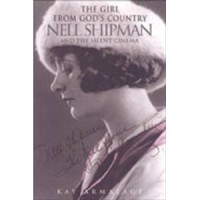 In The Girl from God’s Country, Kay Armatage reintroduces film studies scholars to Nell Shipman, a pioneer in both Canadian and American film, and one of proportionately numerous women from Hollywood’s silent era who wrote, directed, produced, and acted in motion pictures. Born and raised in British Columbia, Shipman became a contract actress for Vitagraph Studios, starring in God’s Country and the Woman (1915) and Back to God’s Country (1919), among other films. These action-packed adventure melodramas, in which the heroine is called upon to rescue her husband and defeat the villain, were immensely successful. Later, Shipman started up her own production company to make films centred on her screen persona, ‘the girl from God?s country.’ By the mid 1920s, however, the formation of the large Hollywood studios and vertical integration closed down the independents, Shipman among them. Nevertheless, she continued writing until her death in 1970.

Through the use of social history, feminist film theory, and biography, Armatage creates a portrait of a woman film pioneer. Using Shipman’s working life as a window to the profession, Armatage explores the position of women in modernism, the developing film industry, and cinematic practice of the 1920s. The Girl from God’s Country also contextualizes Shipman’s work within the development of Hollywood as a locus of artistic production and in relation to women filmmakers from Europe, Australia, Russia and the United States. Armatage brings Shipman back to life in this important book.